Last month I was in Dubai promoting an app called “Designated Driver”. A longtime friend and business associate needed help marketing an app he’d been working on for the past year, which was about to go live.

The concept for the app is simple: in Dubai you don’t go anywhere without a car. Also when you go out for dinner or a drink. However, what do you do when you find yourself in a restaurant or bar after a few drinks, but have to drive home?

Thusfar, you had two options:

Designated Driver offers a third option: order a driver that drives you home in your own car.

It works with the same convenience as say, Uber, and like Uber it’s a platform that any taxi driver company can use. Unlike Uber, each participant can set their own rates, so they can effectively compete towards offering the best rates and fastest driving times for the users.

But having a decent app/product is one thing, getting customers to use it is something else. Like the classic example of VCR versus Betamax, you can have a great product, but without good marketing nothing happens.

Withstanding modern digital trends, I decided to approach the users the old-fashioned way, when and where they needed it most: in the clubs, restaurants and bars. You may call it classic, door-to-door growth hacking. After all, any place that serves alcohol has a good incentive to help promote the app, as I wrote in our email campaign:

“The benefits are clear:

Although increased alcohol consumption and social responsibility are persuasive arguments, I quickly learned that in the highly competitive marketing world of Dubai you need to bring a little more to the table. Many independent bars signed up on the basis of the first two arguments, but for large hotel chains, some of which employ over 5.000 people in Dubai alone, I learned the magical phrase: cross-promotion. 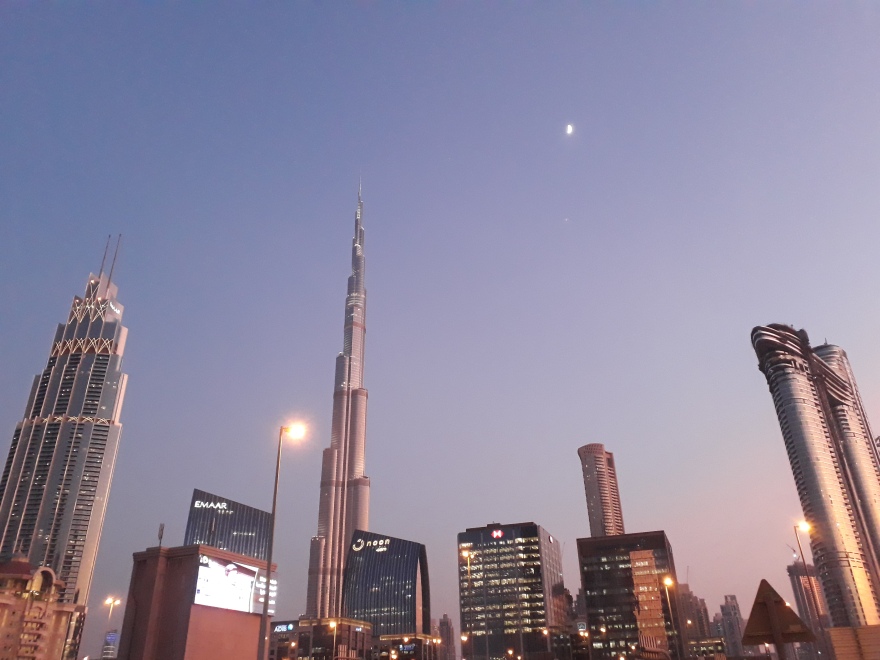 In many ways, Dubai is one of the world leaders in technology. You don’t need to go to a gas station, you have an app to order a gas truck to come to you. Same for your car wash, they will pick up your car to drive it to the car wash. Or my rental car, which was delivered to my door. Convenience is simply at another level.
The leisure industry is in constant online warfare with each other using at least three different discount apps and many many (digital) magazines that boost the latest, most trendy places with overpriced drinks, where taking selfies seems mandatory.
One restaurant manager of a +/- 200 seat restaurant told me that they spend up to $30.000 each month in marketing.

Consequently, marketing managers were quick to ask: how are you going to promote us? Fortunately, I could answer them satisfactory as we can build in a menu listing the latest restaurant/bar promotions and events in the next version. In fact, considering the marketing landscape, it could actually make good money once the app has been commonly adopted.

Ten independent bars and five hotel (chains) signed up to promote the service. I designed several displays for their venues, though mostly it is up to their staff in their bars and restaurants to do the promotion and they will need some training.

Recommendations included having an official launch for the app, inviting all the marketing managers and restaurant owners as well as online magazines, leisure apps, Instagram influencers and so forth.

Another (discarded) suggestion that’s too funny to not mention, is causing a (staged) minor traffic accident while having alcohol in my bloodstream, and using the media backlash to go viral (Designated Driver app director found driving under influence). However, the owner of the app wasn’t willing to pay enough for the stunt.

While the app is definitely very useful, whether it will be a success remains to be seen. When I finished my time in Dubai the Iphone version was not live and finding reliable drivers was problematic, but even without such start-up problems, serious investments need to be made in marketing to get it off the ground.
As is common with app startups, when the app begins to gain a little traction,  the owner will attract venture capital to bring it to full maturity and expand to other similar markets starting in the Middle East. I would love to see that happen.